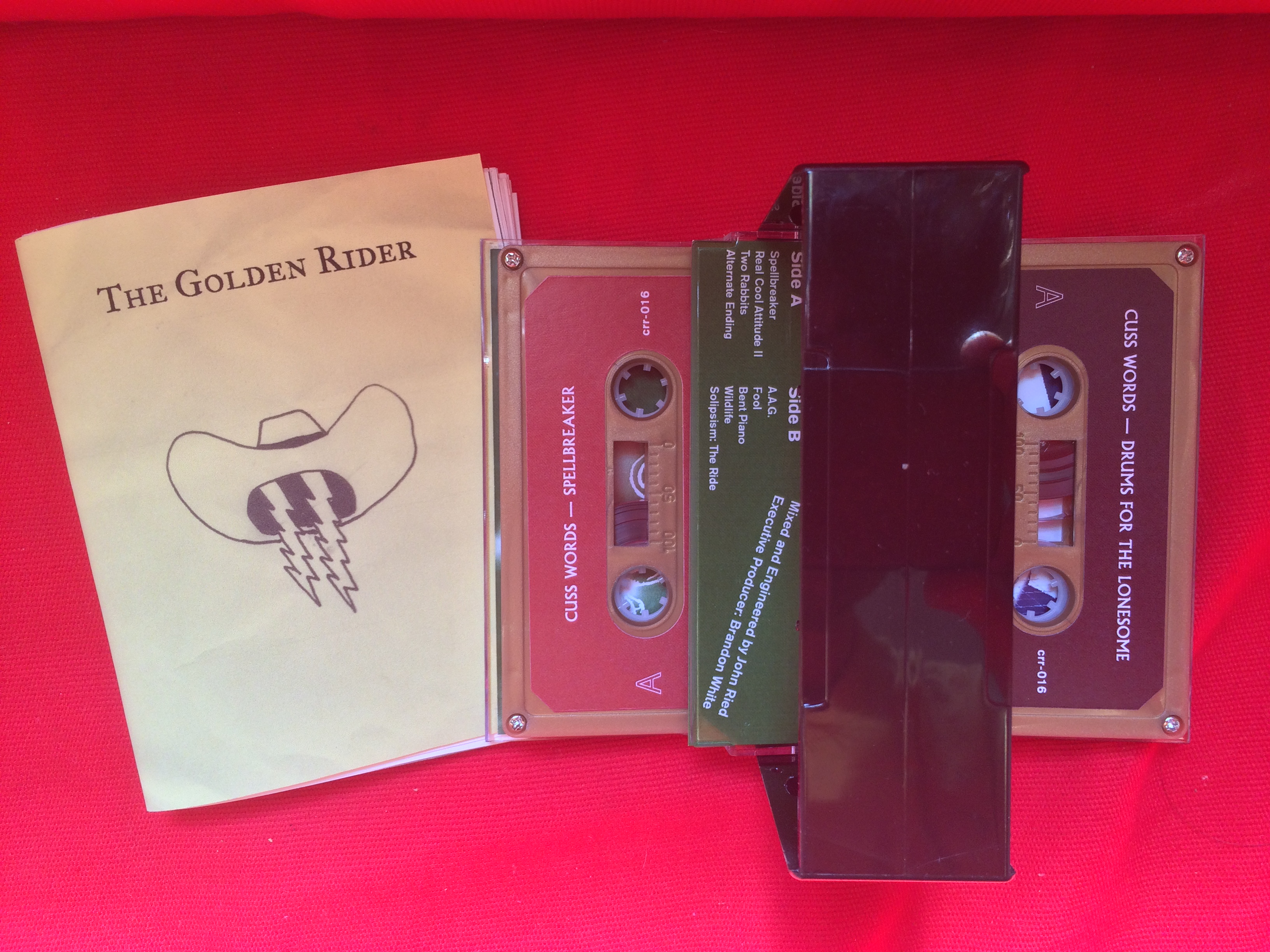 Brandon White has written and recored around 20 records at this point in his life. Growing up in the swamps of Louisiana, he experienced everything from Southern Gospel to Pop-Country on a day-to-day basis. His Papaw was a bluegrass strummer at the church and the neighborhood kids were tuned into the southern rap radio stations. As a teenager in Baton Rouge, Brandon's friends turned him on to experimental and avant-garde music. He took this whole hodge-podge to New Orleans, and then New York City - where he started the project, Cuss Words, a name written in lightening bolts and appearing to him in a boiling fever's dream. When you listen to Cuss Words you'll hear all the influences of Brandon's past somehow coming at you at once, but in a slow and subtle way, like the southern gentleman that he is.

Like the R Stevie Moore's before him, Brandon is a prolific songwriter, plays every instrument, arranges, records, mixes and produces on the fly, and the creative bursts seem to never end. He is satirical, ironic, loose, but purposed. He references electronic music from the 80s, while throwing Outlaw 70s Country in at the same time.

His latest release is a double album + book of short stories.

Spellbreaker is the sound of someone trying to not be pessimistic and ultimately losing and giving in to that kind of solipsism. It's a quiet, introspective, sit-by-the-fire folk album.

Spellbreaker was mixed and engineered by John Ried.

Drums For The Lonesome is the yin to Spellbreaker's yang. the sound of that same person learning to worship the small moments of joy that life throws at you in total surprise and finally respecting the random turns of the universe, which eases you towards happiness. It is a record built from electricity and sub-woofers, and made to be blasted with the windows down.

In conjunction with Cassette Store Day, 2016 we are psyched to be releasing Spellbreaker and Drums For the Lonesome as a double cassette that will also be craftily packaged with a hand sewn copy of Brandon's first collection of short stories, titled "The Golden Rider."