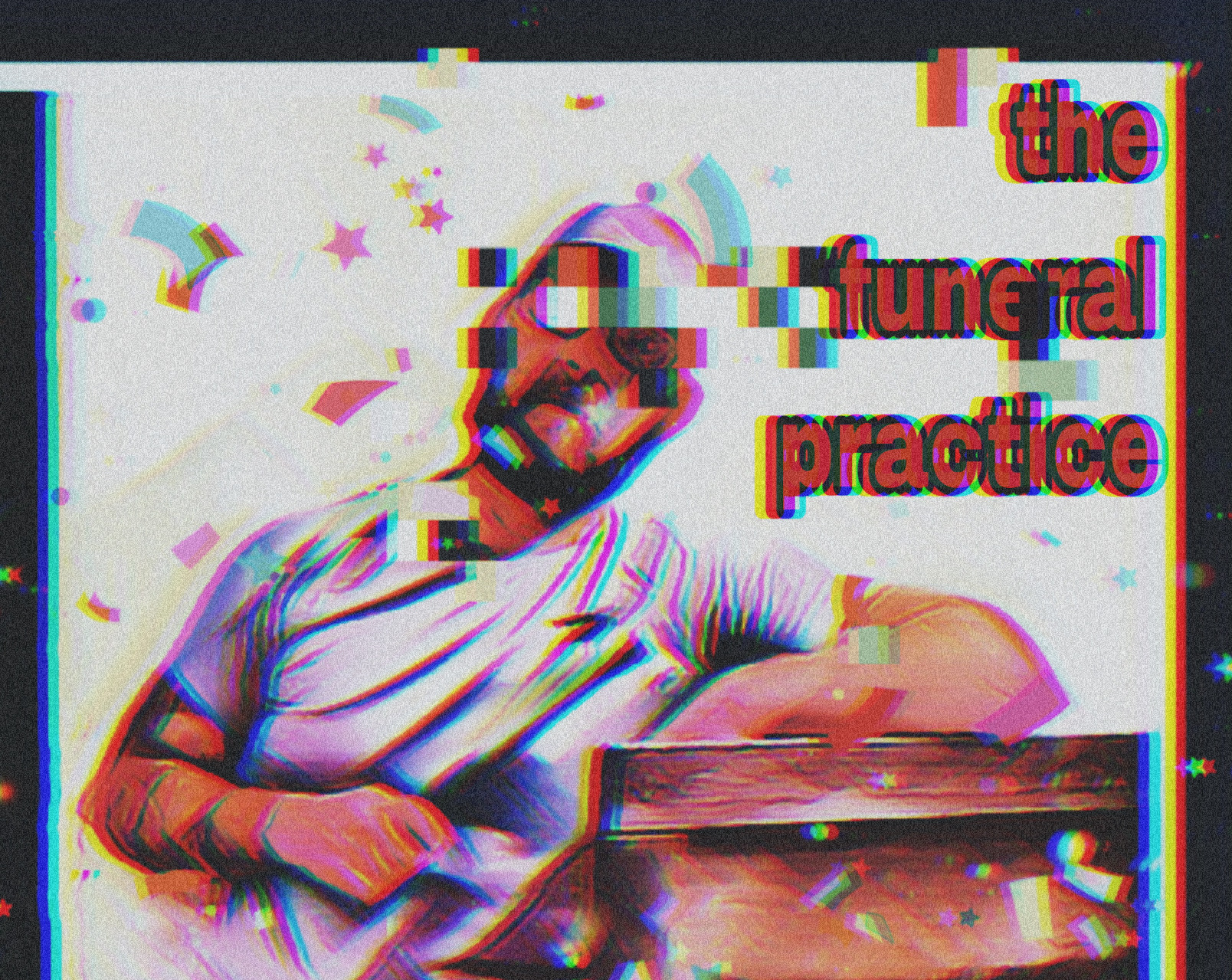 Campers' Rule Records is psyched to announce our collaboration with upstate New York, by way of Brooklyn, by way of Philadelphia, by way of Wayne County, PA, glitch, scraps, glue, noise and pop artist, The Funeral Practice.

Who is the Funeral Practice? Or better yet, what is the Funeral Practice? Well... since you ask, it's best described as the inner mind of another Brian - not May, now Wilson, not Eno, but with pixie sprinklings of all three for sure. What you'll hear in this release: screaming guitar solos - check. obscure field recordings and sound samples - check. Old phone conversations from the 90s - check. Computer glitches - check. Loops and samples - check. Noise and fuzz - check. Broken chimes, 150 guitar pedals plugged into a computer, tape loops recorded on contact microphones, and trash barrels turned vocal isolation booth. And this list goes on.

From "Jesus Christ Behaviours" to "A Christmas Quarantine" to "Dear Failure Best Wishes" this is a record full of sarcasm yet is still capable of holding many truths to be self evident. It gets under your skin in it's repetition yet it shocks you in its many odd directions. If Billy Corgan and Trent Reznor heard this - they'd surely dig.

With a limited run of hand-duplicated cassettes, complete with cryptic symbols and hand written language elements - this is a unique piece of art, and also a record!

Releasing on February 11th, 2022, The Funeral Practice's "Wonderwarmth" will officially be our 25th release! (CRR-025). We hope you'll want to pick up a copy.

The debut Unisex full length LP, Powerful Situations, is due out 04/23/21.

The record's first single, "Let the Tide Take You" is set to release on digital streaming services March 21, 2021.

Unisex is the brainchild of Brian Russ and Brad Connolley. Having played in bands in the NYC scene for a combined 20 years, Brad took a gig with a nationally touring act and relocated to Nashville in 2017. In between tours, he would remotely record bass and drum parts to sketches of songs that Brian was writing from his apt in Brooklyn. This was 2018, and the two thought it would be fun to work on a new project remotely like this. It would give themselves the freedom to experiment with recording techniques from the comfort of their own homes. They could stamp way different vibes on tracks and put it all together in weird ways. What started out as a Google Drive folder and three rough demos, turned into a three year project with a now completed full length debut record. They named themselves Unisex from the get-go, having mutually agreed it would be a great band name for some new band some day back when both were living in Brooklyn.

Additional drums parts were recorded live in a small room in Brooklyn with drummer Billy Fidler, before COVID, actually. This prompted a live band to form, and local friend/bassist Connor Zarkowski joined in on the rehearsals. They were just talking about booking their first gig when it all went down.

Once we all realized we'd be stuck in lockdown for the long haul, Brian and Brad doubled down on their idea of making a remote album. They reached out to their friend, Meredith Meyer, from the band Easy Dreams in Los Angeles, and she recorded backing vocals remotely on several of the tracks. Their friend, Ryan Belski, from Missoula, Montana laid down a few guitar licks on the record. Their Brooklyn friend and former bandmate, Amos Rose, recorded keys and synths from his apartment. Everything was remote., but somehow, it all came together. Somehow it still felt organic and real, probably because what really happened had to do with everyone having played with each other in prior projects. All involved in this Unisex record were friends already, and all had worked on music together in the past. The vision could be seen and felt, even from hundreds of miles away. It was like being in the same room. The only difference was it just took a lot longer to get through all the logistical and tech hoops.

"Let the Tide Take You" was written after Brian Russ's two year old son, Simon, observed a painting in the Brooklyn Museum of a Native American man on a horse, carrying a gun in his lap. Simon asked, "What's he holding?" "That's a gun," Brian said. "What does it do?" asked 2 year old, Simon...

"Let the Tide Take You," is partially about feeling totally defeated, feeling left with no choice but to give up and give in. It's a response to the 2018 Parkland school shooting. It's a response to corporations taking profits from local businesses with services like Uber Eats and Seamless. It's a response to the shifting, more corporate-centric, less artistic-centric, environment in New York City, where Brian has been living for the past 16 years. And it's about not really knowing how to proceed in life - which direction to go...

About the Album ("Powerful Situations"): 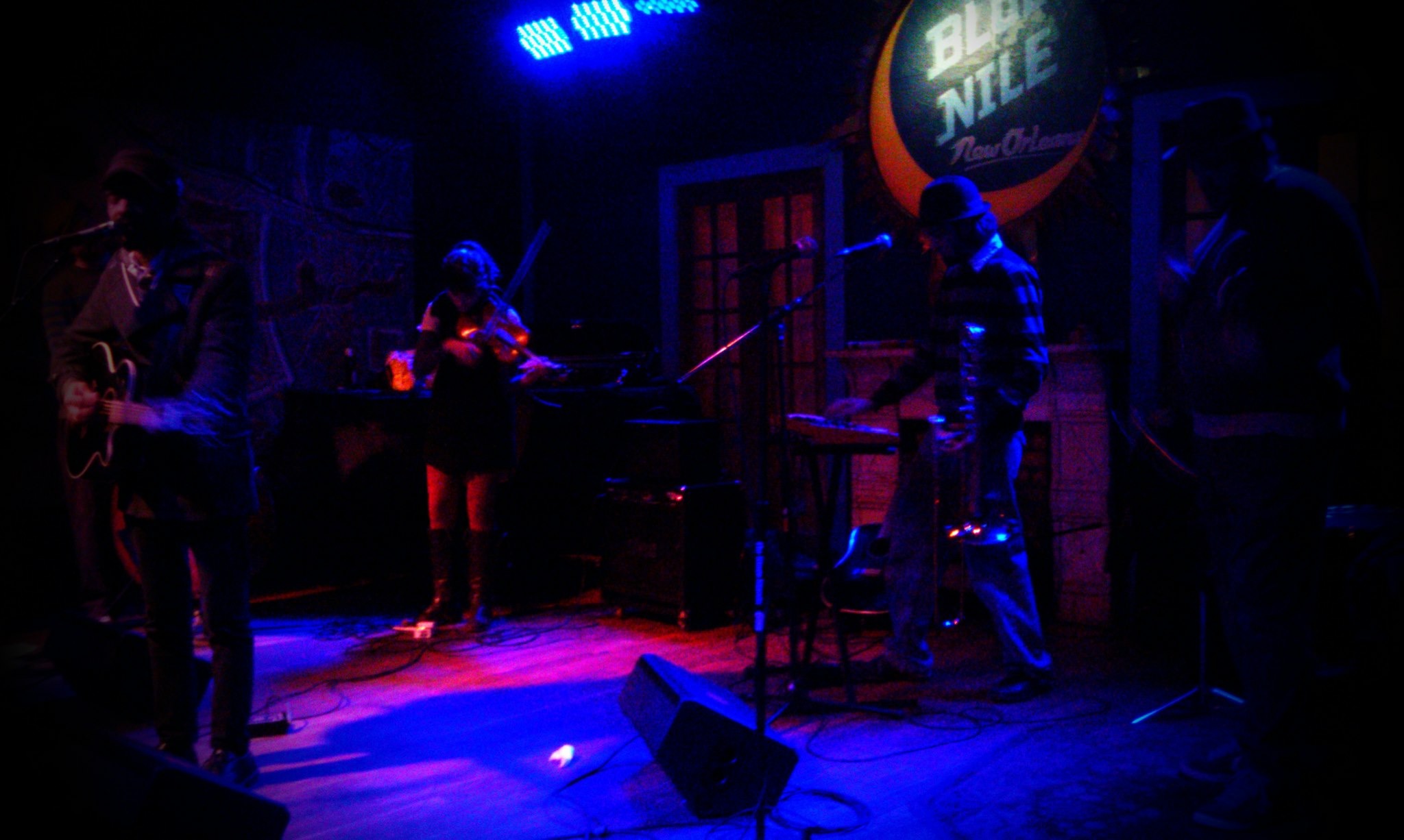 It's a dark, rainy night in New Orleans. My bandmates and I have the night off. We walk into the Blue Nile on Frenchmen St. Under the cool blue stage lighting, with eyes closed and intentions focused, up on the mic is a powerful, yet gentle voice. It's Micah McKee and his band Little Maker. The composition in the above photo is overly dark, but it kind of represents the vibe of the evening. You can make Micah out there in the left corner singing and playing his guitar. I snapped this photo, a habit of mine. Something I do to as a way to hold on to moments I don't want to forget.

This was 2010. I was on the road with my psychedelic throwback folk-rock band, Backwords. At the time it felt like life itself was one big psychedelic journey, the unpredictability of it all was our guiding light. We had gotten to share a bill with Micah and his band the last time we were traveling through New Orleans. This time, though, we just happened to stumble upon them. We played the night before and were off that night. We didn't know he'd be there.

It turned out we'd keep running into Micah again and again and we'd become good friends. We shared bills down in Austin for SXSW. We put together shows in our home, Brooklyn. And we always asked if he was available to share a bill whenever we were aiming to play in New Orleans.

I'm beyond thrilled to announce that Micah McKee is joining the Campers' Rule Records squad and will be releasing his solo album this Mardi Gras, or more specifically, February 16, 2021.

Having gotten to lend a hand with the mastering of the record, and knowing a bit about its making and background story, I can tell you that it's a magical piece of music from start to finish, created by a magical artist who has been dedicated to his craft for decades. Micah is a staple down in New Orleans, part of many bands, and once we all get vaccinated, he's likely to be back up there on any one of NOLA's many stages on any and every given day of the week.

Set your astrological intention clocks for CRR-023, "ABUNDANCES," by Micah McKee and the Lonesome Wild. Release date: 02/16/2021 - a limited edition, short run of cassette tapes will be up for pre-order sometime shortly... In the meantime, check out his artist page and Instagram for updates. 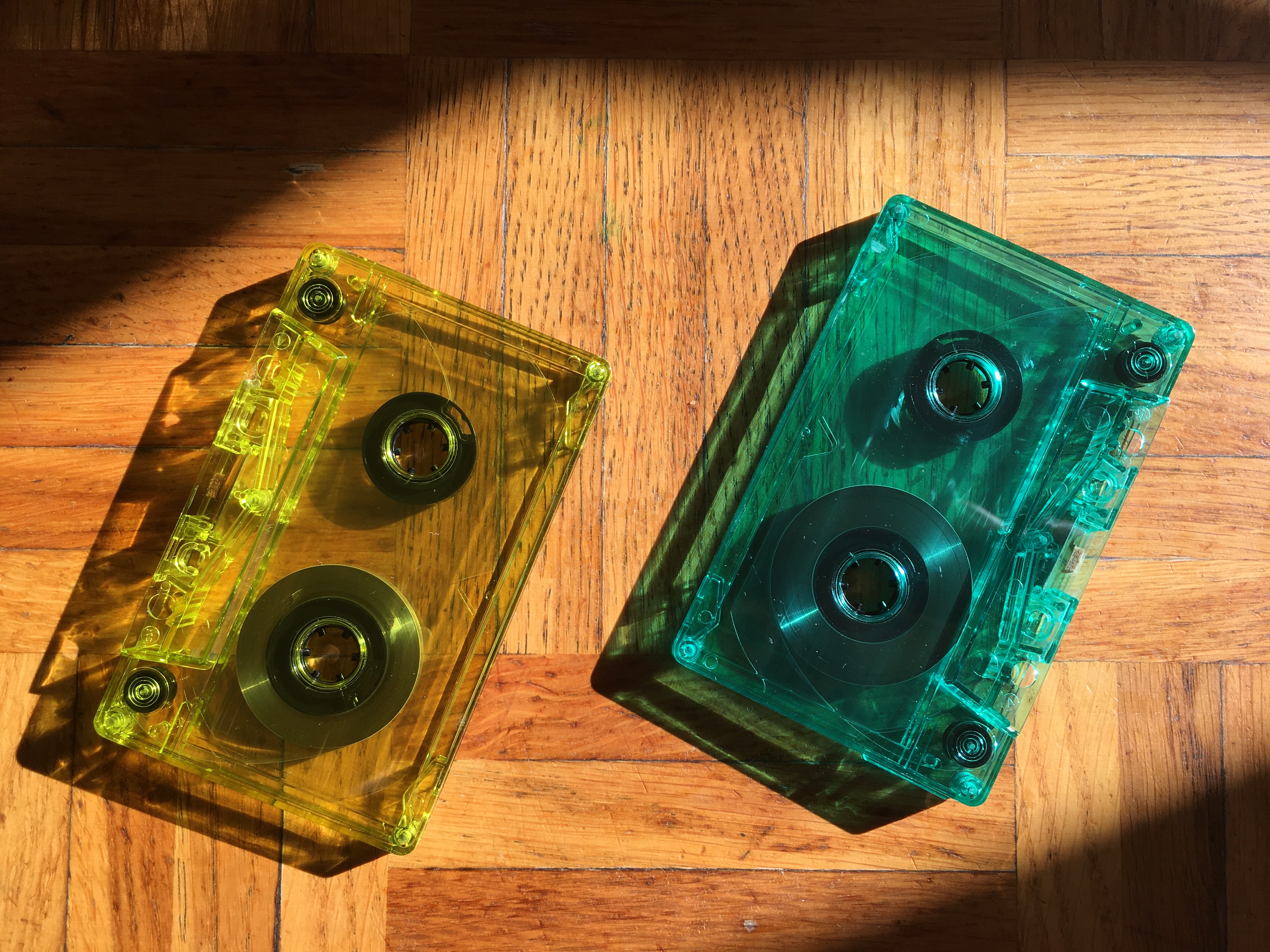 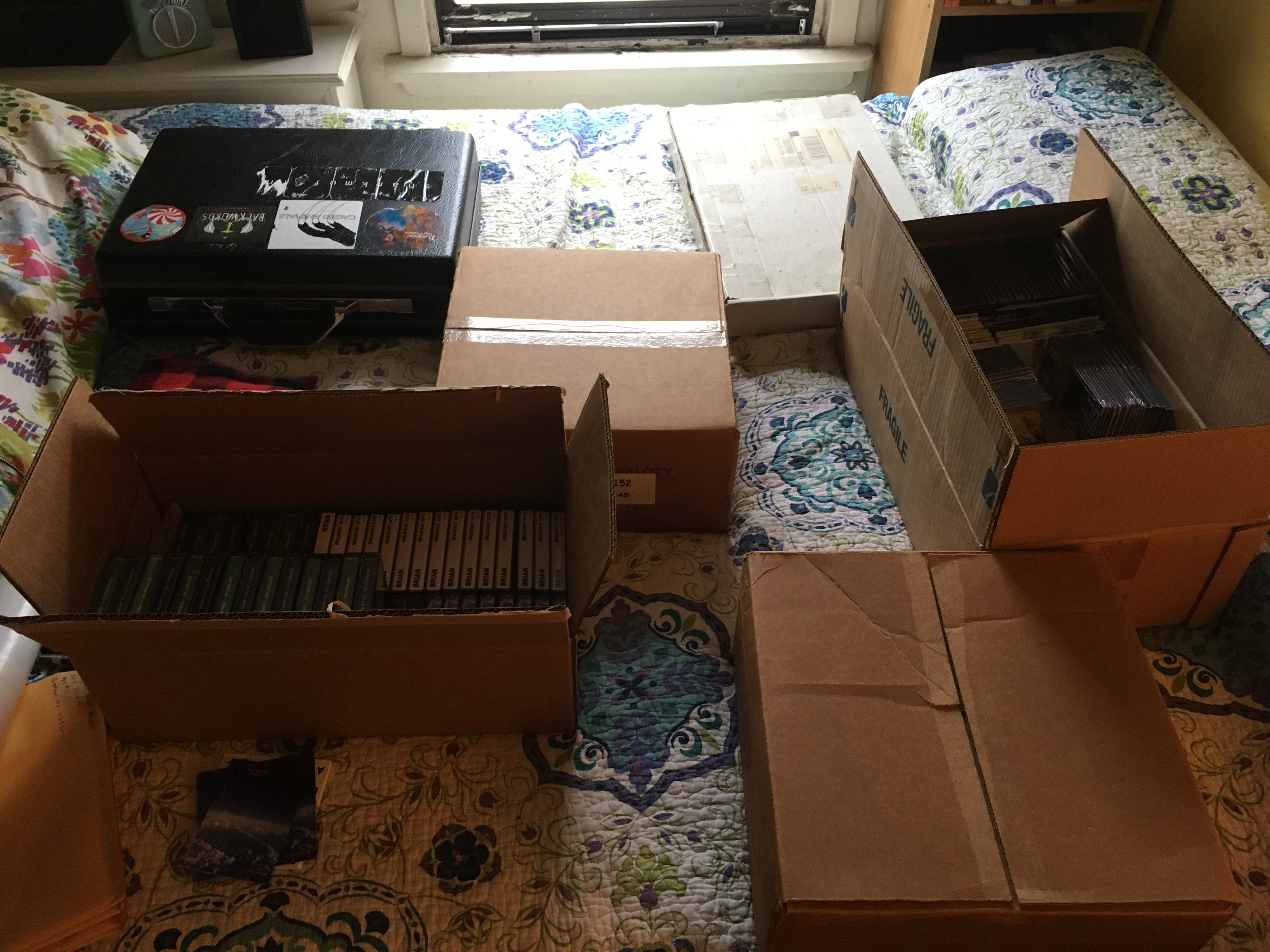 It's been a while since you heard from us. But we're still here and we still love you. We've done a lot of thinking and collecting of spirits this past year. We're happy to say we're gearing up for a big 2021! Just wanted to send a quick little message to you all. Campers' Rule Records is alive and well ~ big announcements coming in early 2021. It's been a year of creativity for so many of us around this planet, the fruits of which will indeed start flowing like a river. May you have a restful and peaceful new year - looking SO forward to spending 2021 with you all! 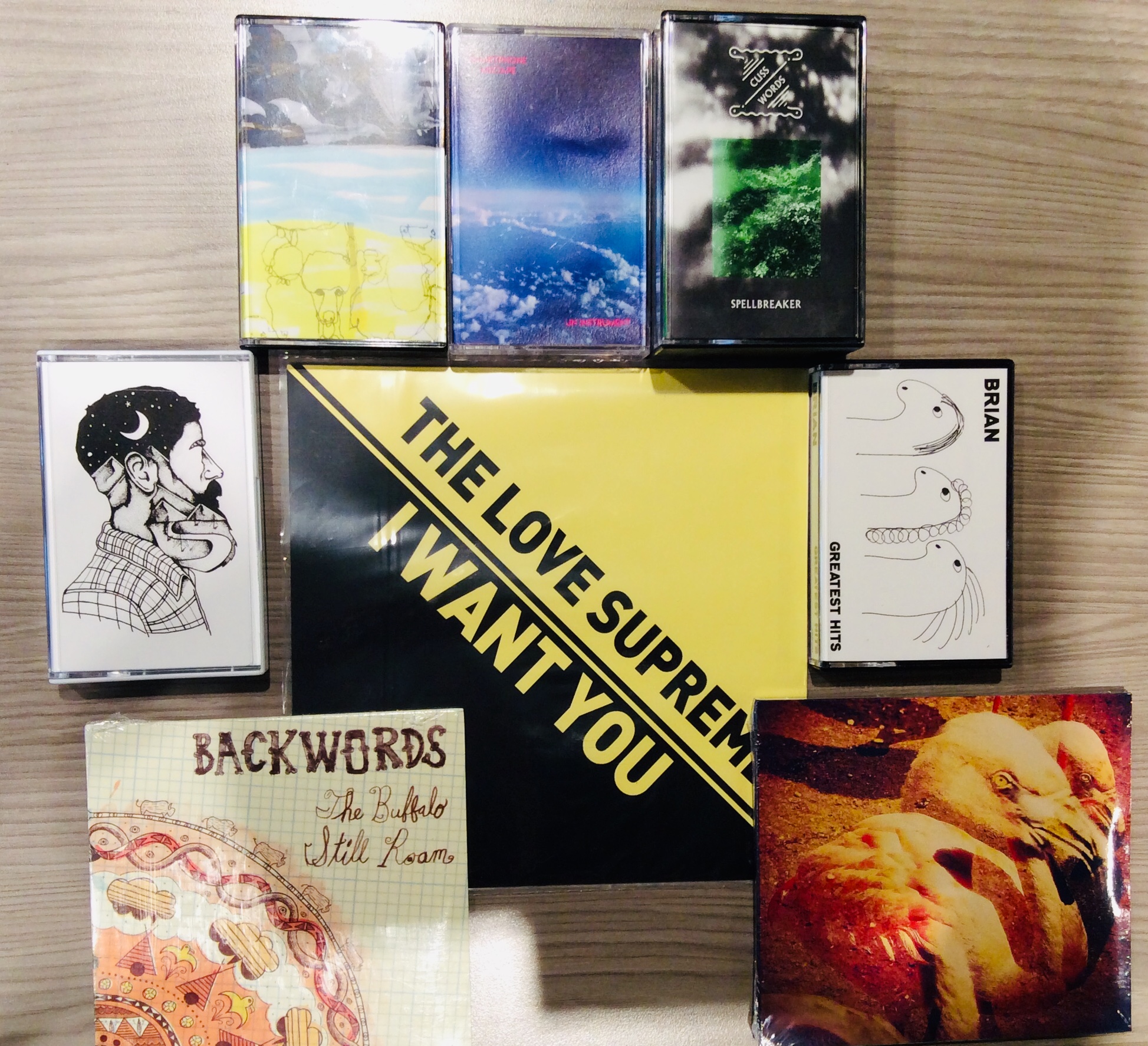 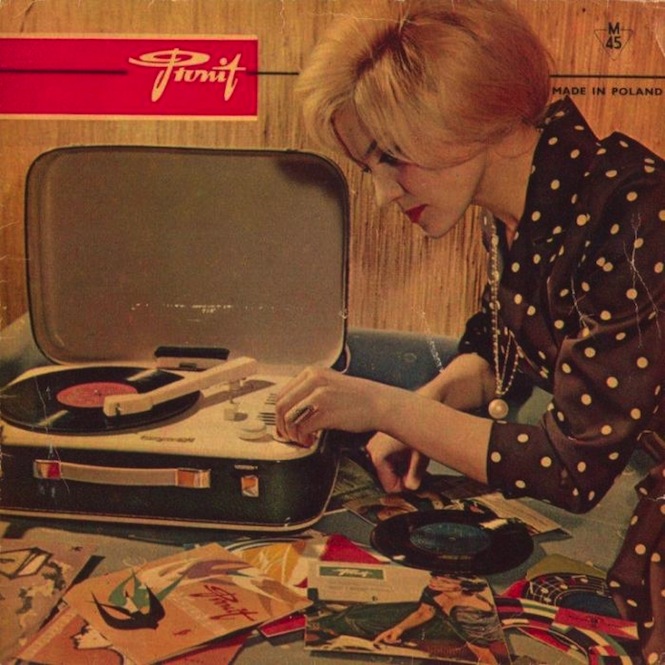 Grab the ultimate Campers' Rule Records SUPER bundle for the insanely low price of just $45.00 + $5.00 shipping. It's a true eclectic mix of what we represent as a label - from surf punk, to 90s indie, to soul inspired, folk, and electro - come find the common thread that ties this label together.

What you get are 5 albums on cassette tape, 2 albums on CD, and a 7" single - - all the physical mediums!

For us, this is a $80.00 value. But beyond that, each piece of music is a total labor of love, each track hand crafted, each bit of packaging hand designed and everything pressed at such a low limited quantity, making them all very unique pieces of art.

WHAT YOU GET (and we'll probably throw in more):